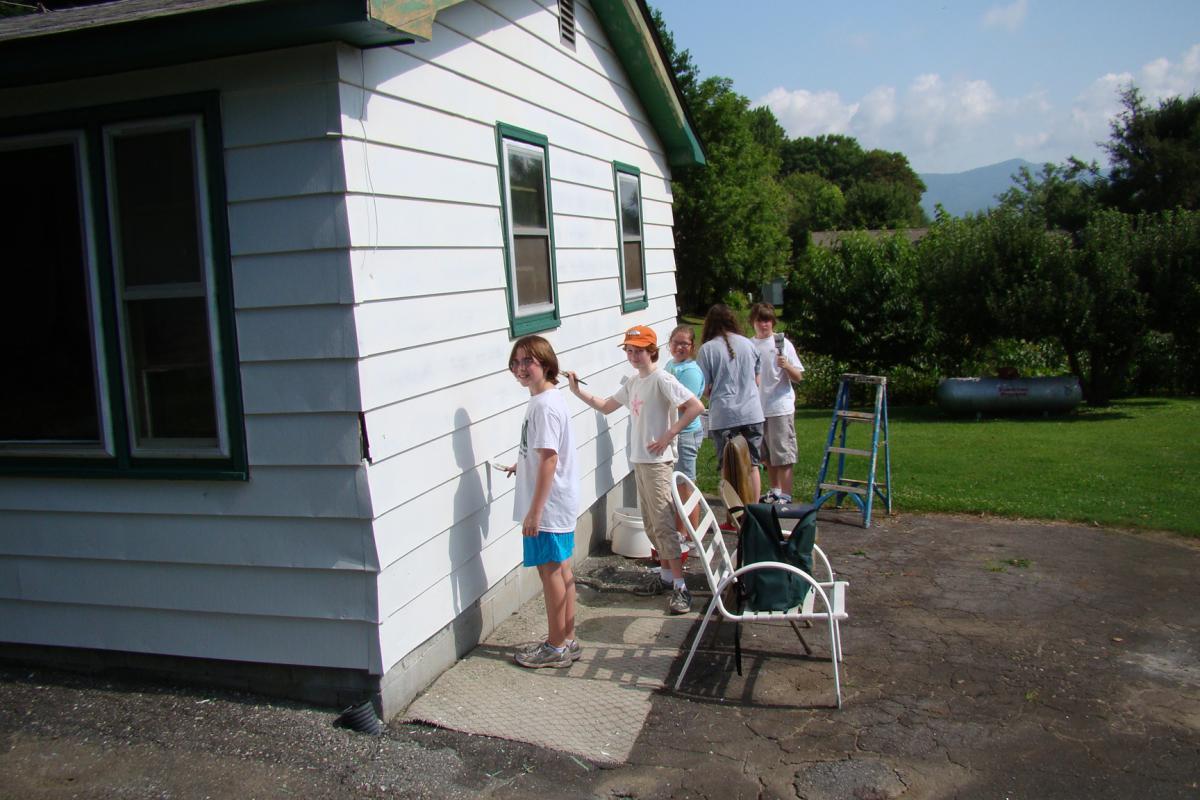 Home repairs in our community

Hinton Rural Life Center welcomes another group to its campus this week to begin much needed home repairs in our community. You will begin to see tell-tale signs of Hinton work trucks being followed by church vans each and every weekday morning and evening as they criss-cross Clay County providing free repair service to your neighbors in need.

Hinton Center receives around 200 requests each year for home repairs. With nearly 1000 volunteers coming from across the country to help out with these repairs, Hinton hopes to be able to reach each of these requests. The manpower is ready to work; however, portions of the Center’s vehicle and tool supply is aging and in need of replenishment. Gently used power or hand tools and lawn equipment are needed, as well as pick-up trucks in running condition.

If you have a friend or relative who has been helped through the years by the Hinton volunteers, or if you are simply looking for a tax-deductible donation, Hinton Center welcomes your assistance as they work to improve the lives of those in need. Please drop donations at the Center at 2330 Hinton Center Rd., or call 828-389-8336 for more information.

Hinton also is looking for local volunteers to help out in our office and on the grounds of the Center. Please stop by the office or call 828-389-8336 to offer your time so that Clay County residents may continue to receive the Center’s services. 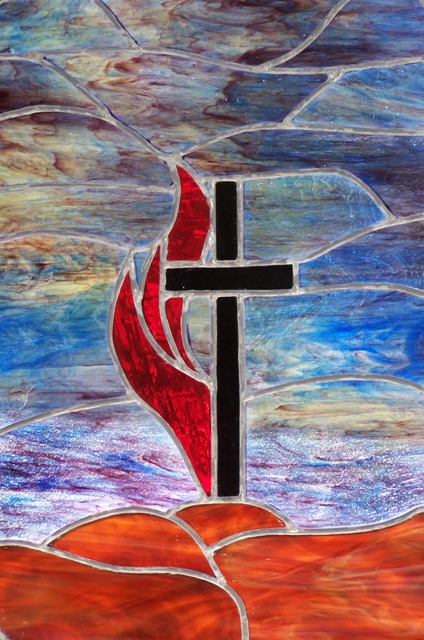 Glimpse into the Simple Living of One of Our Community Members

Written by one of our Bonner Leaders: Patrick Silcox

We recently sat down with one of our community members, Mildred Mason, who is a lifelong native of Hayesville, North Carolina. Mildred told us some amazing stories from her life and her childhood.

Mildred has four kids and five grandchildren but she says life was very different when she was growing up on a farm with 11 brothers and sisters. Her family grew tomatoes, tobacco and sugar cane, but Mildred worked mostly in the family’s chicken houses. Mildred’s family would collect eggs before going to the Baptist church on Sundays and her mother sewed dresses out of the fabric from feed sacks.  Her brothers and sisters lived by Fires Creek and walked to school on the gravel road. She spent 1st-6th grade in a school house that was one big room. Her teacher used to make a big pot of soup for the children on a wood burning stove. When she got older, Mildred would hang out in downtown Hayesville with her friends and siblings. She remembers going to the drive-in movie theatre and winning $50 at bingo night. “I was so excited, I’d never won anything before”, she said laughing.

Mildred loves living in Hayesville because of the good people and friendly atmosphere. Mildred is a perfect example the unique people with rich history here in Hayesville. At the Hinton Center, we are so blessed to work with community members like Mildred Mason in our community outreach program.

This summer we had over 1,200 volunteers serve over 100 local homeowners. The volunteers completed many different projects including building ramps and decks, flooring repairs, painting, installing underpinning, and so much more. We are so appreciative to all the hardwork of our participating churches and families. Thanks for sharing God’s love with our community!

The Hinton Rural Life Center of the Clay County Community has received a $150,000 grant from The Duke Endowment to fund the organization in its mission to build healthy communities of faith by increasing its overall awareness and reach through social media and other communication mediums.

Just in the past couple of years, the Hinton Rural Life Center has grown tremendously with an increase in the number of programs and with an increase in the number of stays on the campus. However, the Endowment grant will continue to help the Hinton Center to succeed and flourish even further, as it is giving the organization an opportunity to enhance its communication with other areas that are beyond the local counties. It is the hope of the organization that the Endowment grant will ultimately bring more awareness to the Hinton Center by funding the program’s marketing and communication initiatives.

When asked about the Endowment grant, the applicant Jen Crouse, Director of the Summer Missions Program and the Administrator of Housing Ministries, at Hinton Center, said, “Not only will it enable us to promote the Hinton Center across the Southeast Jurisdiction, for the United Methodist Church, but also across the United States, and even within other denominations.”

Based in Charlotte and established in 1924 by industrialist and philanthropist James B. Duke, The Duke Endowment is a private foundation that strengthens communities in North Carolina and South Carolina by nurturing children, promoting health, educating minds and enriching spirits. Since its founding, it has distributed more than $3 billion in grants. The Endowment shares a name with Duke University and Duke Energy, but all are separate organizations.

Two Young Adult Missionaries, Whitney Peters (North Texas Conference) and Diamond Pate (Southwest Conference), were recently assigned by Global Ministries of the United Methodist Church to work at Hinton Center. Whitney is a current Mission Intern and served her first 1.5 years in Nicaragua. Diamond is a US-2 and previously worked in New Jersey with Hurricane Sandy Relief. The two missionaries will work with Hinton as Development & Communications Coordinators for the next year and a half, as well as, helping with the volunteer missions program in the summer.
Whitney Peters

McKinney, TX (North Texas Conference)
Mission Intern
1. What are you really passionate about right now?
I am passionate about learning more about different populations and different cultures. I really want to listen to people’s stories. Also, I want to continue using and improving my Spanish.
2. What is a saying you say a lot?
“I know! Right?”
3. Tell us about a challenging moment as a Mission Intern.
Living within a culture that honors being close to family always and then living far away from my own family members. I’ve truly learned to cherish my family even more. Also, living in solidarity with others in very rural, impoverished areas and then having to leave.
4. Tell us about a rewarding moment as a Mission Intern.
Traveling 6 hours on horseback to stay two nights with a young family with three little girls and finally no longer thinking of people as “poor people” but more as fellow brothers & sisters who happen to face the issue of poverty.
5. After living in Hayesville, NC for a few weeks now, what is something that surprised/impressed you about your new community?
Leaving Nicaragua, one thing I knew I would miss is the easy access to fresh, unprocessed produce. I was happily surprised to find out about all the farmer’s markets that will be available this summer. I love that this community honors their farming communities.

Diamond Pate
Las Vegas, Nevada (Southwest Conference)
US-2
1. What are you really passionate about right now?
Right now I am passionate about developing relationships with people. I want to hear people’s stories and take the time to be present in their lives because some people just need to know that someone cares.
2. What is a saying you say a lot?
I often think of the part in Psalm 46:10 that says “Be still and know that I am God”. Whenever I feel stressed or overwhelmed, I remind myself to be still and not worry because God is in control.
3. Tell us about a challenging moment as a US-2.
My first placement site was doing Superstorm Sandy Relief work in New Jersey. One of the most challenging moments I have had as a US-2 was leaving before seeing the houses I worked on completed. I miss the homeowners, volunteers, and staff I worked with, but I know the work is in good hands!
4. Tell us about a rewarding moment as a US-2.
I get to meet so many new people! It is so rewarding to experience new cultures and meet new people.
5. After living in Hayesville, NC for a few weeks now, what is something that surprised/impressed you about your new community?
​I love how close knit the community is. Everyone seems to know each other or they are friendly enough to quickly accept you as a friend! I have felt very welcomed.

There are no upcoming events at this time.
Scroll Up