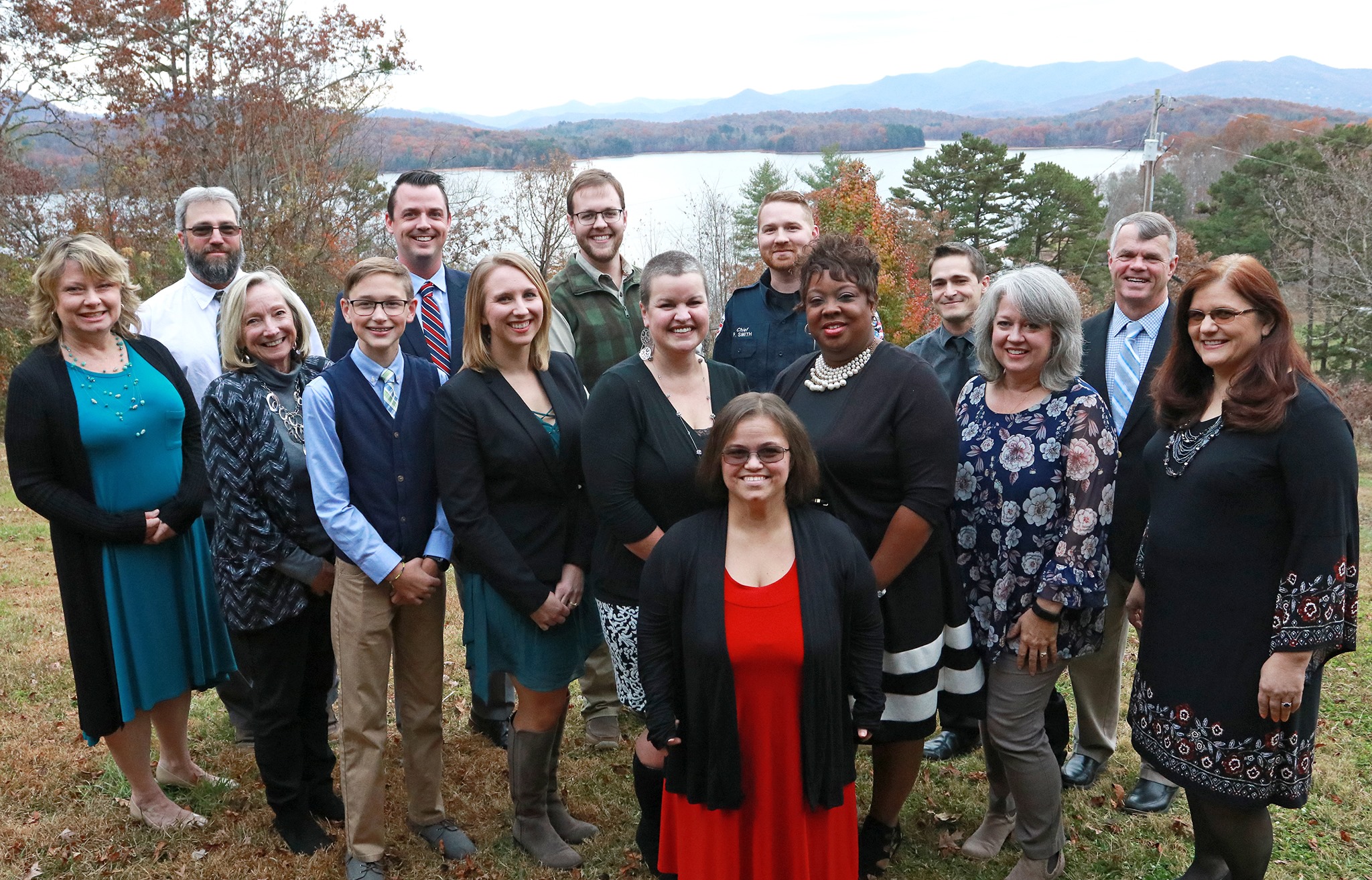 If Leadership Chatuge’s second commencement ceremony made one thing clear, it’s that the class teaches skills that transcend life circumstances.

That fact became evident simply by listening to commencement speakers Cameron Gray and Camden Johnson — two of 15 area residents who graduated from the 12-week leadership program on November 19 at Hinton Rural Life Center in Hayesville.

Gray, a freshman at Hayesville High School, was the only teenager in class, but he didn’t let his fish-out-of-water status hold him back.

“It was a bit awkward at times and intimidating, but I was able to expand my social network,” Gray said. “One of the main things I learned was what this community has to offer. It has so many more non-profits and governmental organizations that I had no idea existed.”

Johnson, on the other hand, is a mother who was looking for a job that would provide better benefits and allow her to spend more time with her son.

“I’ve always worked these seemingly dead-end jobs,” Johnson said. “I was tired of late-night hours, not getting to see my kid, and I needed to find a job that was 9 to 5 so I could be home with him.”

Johnson gained new confidence and perspective into her own leadership style and strengths with the help of an assessment test that she took during the class.

Leadership Chatuge is the latest outreach of Hinton Center, funded by a generous grant from The Duke Endowment. The program was founded under the premise that rural communities thrive when they have strong local leadership, and it aims to develop leaders and emerging leaders who already live and work in our communities.

Session II of Leadership Chatuge class was comprised of individuals from Clay, Cherokee and Towns (Ga.) counties — a group offering diversity in many categories, including professions, gender, race, and age.

Patrick Woodie, president of the NC Rural Center, served as keynote speaker for the commencement ceremony. Woodie has emphasized a new era of community engagement while remaining focused on its mission of promoting sound economic strategies in rural North Carolina.

Hinton Center CEO Dr. Jacqueline Gottlieb said the idea for Leadership Chatuge was rooted in her own positive experience with Leadership North Carolina. However, because larger leadership courses typically also include larger financial, travel, and time commitments, Gottlieb wanted to create a locally-based program that was accessible to a wider variety of community members.

Leadership Chatuge’s graduates received a framed certificate of their achievement, as well as a locally-crafted mug featuring the organization’s logo. The concept behind the mug was to provide graduates with a tangible reminder about the importance of conversations.

The next leadership Chatuge class will begin in March. Applications will become available in January.