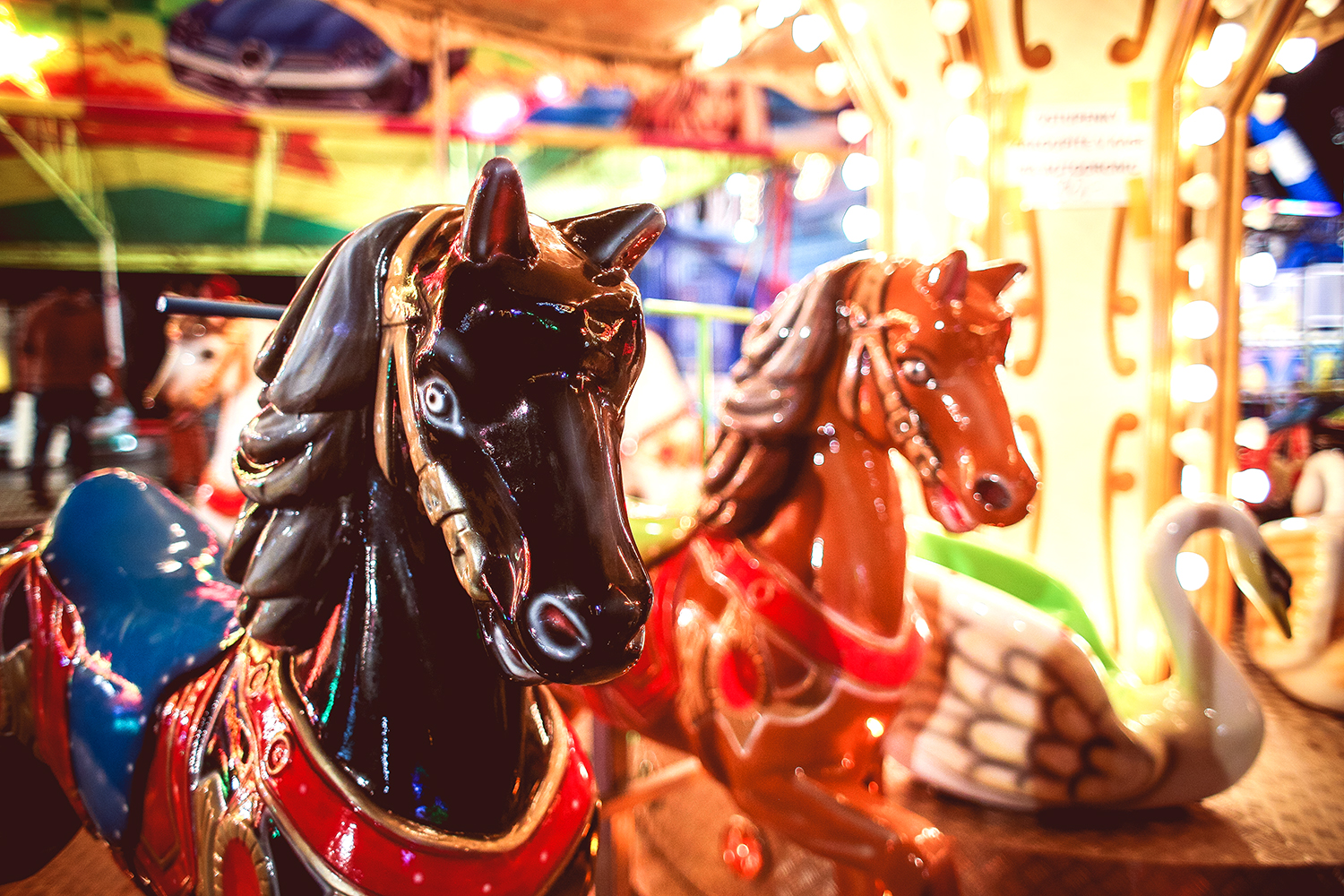 Life can feel like a merry-go-round, spinning out of control

Lately I’ve been feeling like I’m stuck on a merry-go-round that is spinning ‘round and ‘round and I just want it to stop for a minute, and I’ve been wondering who else is feeling this way? It just seems as if it’s one thing after another after another, and I know others are feeling the same way as I just this morning had a conversation with someone else about it.

I even entered into 2018 with a positive attitude, raring to go, excited for the “better year” that just had to be ahead. And that lasted, oh, all of 15 minutes maybe? I got up (positive thinking underway) and then was getting ready to hop in the shower and my water just stopped running. Have you ever had one of those situations that, looking back, you thought, “oh, I really failed at that one”? This was mine.

I panicked. I mean, I NEEDED water. I have a well, and I began thinking through all the worst case scenarios someone with absolutely no well knowledge can conjure up: It was dry. There must be a big leak in a pipe that’s way underground. Something cracked inside the well. About five minutes of these scenarios running through my mind was all it took to convince me that it was going to cost hundreds, if not thousands, of dollars. Positivity no longer existed. Day one of the new year was off to a great, super-duper, start!

I’m usually a pretty “glass-half-full” type person, but 2017 was a rough year. There were a lot of great points even in the struggles, but there were also a lot of crummy ones. For me, for my family, for my friends, for those connected with me through social media… lots of reasons for prayer and there was a lot of heaviness. It was the spinning merry-go-round of STUFF that I wanted to stop, that I was hopeful I could leave behind and have a better start for the new year, but it didn’t happen that way, and I was crushed. Deflated. Done.

I didn’t want to deal with yet another thing. I felt hopeless and drained (pun intended). I finally made a phone call to a neighbor, went into action of turning off the breaker for the hot water heater, getting a phone number for someone who might be able to help, and figuring out what to do about the no water situation for the moment. Thankfully, on a whim I tried the kitchen faucet later in the day, and I had water! The well froze, and gratefully no pipes broke. I was able to have someone come a few days later to reinsulate the well and it all worked out (my hundreds or thousands of dollars scenario was relegated to less than $100).

It was a great outcome, better than I could have expected, only I felt like I failed in that situation. I mean, it was just a little bump in the road that I should have been able to handle, and I came apart. Thing is, it didn’t matter what happened, it was just another thing and I hit my limit. Have you found yourself at your rope’s end before? Have you fell apart over something pretty insignificant in the midst of dealing with what life throws at you? Have you felt deflated and done? Surely I’m not the only one.

Thankfully, even in my worrisome, anxious moment, when I felt hopeless and drained, there was still a part of me that knew it’d be okay. It was deep down, covered with all the worry. I didn’t see it in that very moment, and I certainly didn’t feel it, but it was there. Even though I didn’t think of it at the time, I was reminded later that in that moment, when I wasn’t clinging to my relationship with Jesus, he was still holding onto me.

Romans 8: 35, 37-39 reminds us, “Who will separate us from the love of Christ? Will hardship, or distress, or persecution, or famine, or nakedness, or peril, or sword? No, in all these things we are more than conquerors through him who loved us. For I am convinced that neither death, nor life, nor angels, nor rulers, nor things present, nor things to come, nor powers, nor height, nor depth, nor anything else in all creation, will be able to separate us from the love of God in Christ Jesus our Lord.”

For that, I give thanks.

Even though I felt awful at the time and just wanted a break from life’s mess, I give thanks for the opportunity to be reminded that the world isn’t on my shoulders. Oh, I might know that in my head that the world isn’t on my shoulders, but sometimes I act like it is. I give thanks that I can hold onto the promise that even when I mess up or overreact or am facing the smallest situation to the largest, that nothing – nothing – separates me, separates us, from the love of God in Christ Jesus.

I give thanks, but it also draws me to pause. Remembering how I felt in that moment and how I was able to come out of it, relying on my faith and finding some hope and strength in that faith. It causes me to pause because I think of all those folks who are out there who don’t have a relationship with Jesus and how they are dealing with life and struggles without that hope. It makes me reconsider my own attitude when I’m dealing with other people, not knowing their situation, what might be weighing on their shoulders. Instead of reacting to their attitude or behavior, maybe I can better extend just a little more light and hope to them. I believe that’s what we’re called to do as followers of Christ and what an opportunity it is to be the “hands, feet and smile” of Jesus.