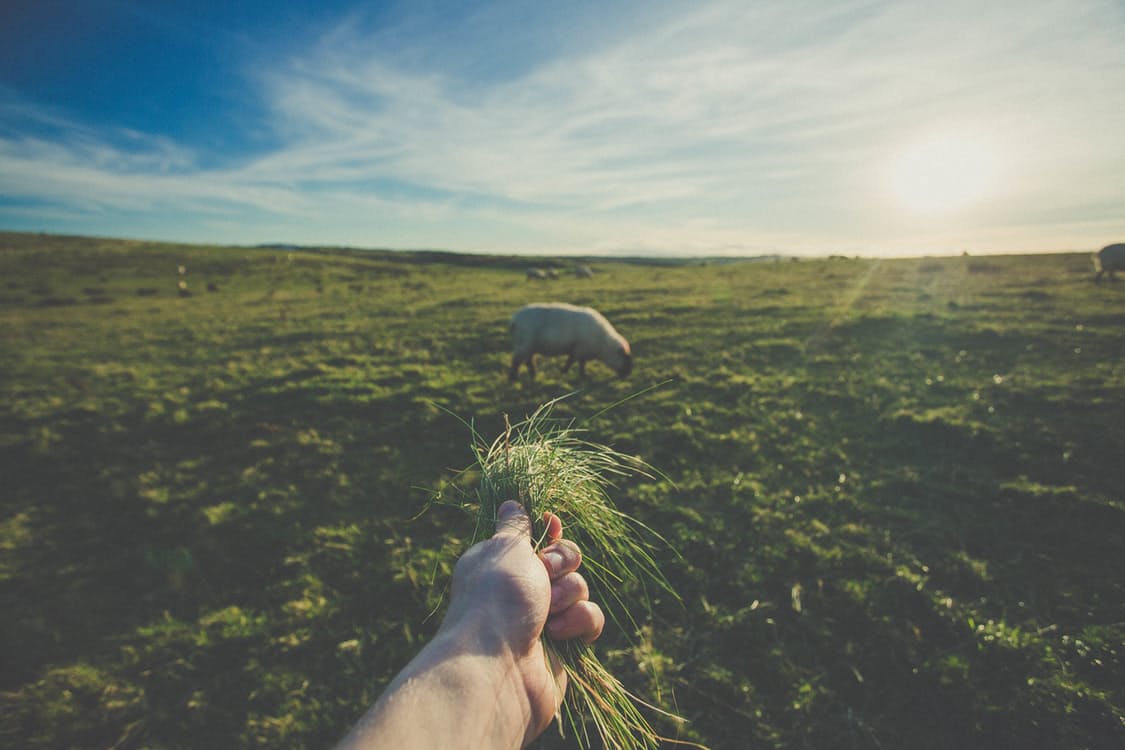 Poverty is Relative: Jesus, the Sheep, and the Goats

Isn’t it funny how your perspective of time and age have a way of changing as you get older? I recently celebrated a birthday, and I’m long passed sharing what that number is, although it’s somewhere between 30 and 40. I was thinking about those milestone birthdays, 13, 18, 21… and how when you’re younger you really look forward to hitting those benchmarks. Back up even younger and you find children responding to being “this many” (holding up two fingers) to saying they’re 8 and a half (remember counting those halves?). Now I want to do a different kind of math – not so much halves, but saying I’m 30+ a few years.

Oh, and how about how old certain ages seemed when you were younger? Remember that? I think I thought 40 was (gulp) old and 50 was (double gulp) ancient… when I was, like, 10. Now, 40 and 50 both seem young with lots of years left.

The years seemed to drag on and on, and sometimes the days and months did too. I was a bit of a dork and absolutely loved school (never would have guessed that, right?). I mean, I would cry and throw a fit when I had to stay home from school because I was sick. Even so, as summer break neared, the days seemed to grow longer and longer and it seemed like the school year would never end.

While there are times days can drag now, say when I’m looking forward to vacation, it’s not the same. There just doesn’t seem to be enough hours in the day! There’s just not enough time to get everything done. My, how things change.

One of the lessons I’ve learned while working in ministry is that poverty is relative too.

Now, I’m not talking about third world poverty, because unfortunately that can be absolute. I’m talking about poverty here in the United States.

The phrase “I don’t have any money” can mean different things to different people. For some, it means not being able to travel and eat out on a regular basis. For others, it means having to choose which bills to hold until the next payday. For others, it means choosing food or medicine. And for some it means not even being able to make the choice between food or medicine – it simply means going without.

I’m not trying to get on my soapbox here, but I’ve been seeing and hearing the phrase “If they would only X,Y,Z….” Why do we like to throw the poor into one big category of “they” or “those people” and think that one simple answer might possible solve it in one split second?  Rarely does it work that way.

One of my go-to scriptures is Matthew 25:31-46, where Jesus is talking about the sheep and the goats.

In fact, the way Jesus talks about separating the sheep and the goats is based on relationships, standards and duties.  Jesus says that when we feed the hungry, welcome the stranger, clothe those in need, and visit the sick and imprisoned then we are helping him.  Whatever we do to the least of these we are doing it to him.

When we reach out to the hurting, the lost, the least of these, we are reaching out to Christ.  That’s profound!  We aren’t only to help people in need because it’s the good thing to do, but we are to help people in need because these people represent Jesus.  We are building relationships, meeting Christian standards, and obeying civic duties. We are reaching out in an amazing way.

If you couldn’t already tell, this is something that is very near and dear to my heart.

I believe that we are called to help the hurting, not to get anything in return from them, but to be the hands, feet, and as a friend of mine says, the smile of Jesus.

In return, when the people are separated as a shepherd separates the sheep from the goats, those who reach out to those in need will be in heavenly glory.  Because Jesus tells us that just as we do to the least of these members of his family, we do it to him.

That holds us to a higher standard of accountability.  It makes what sometimes can feel mundane or thankless work seem so much better, doesn’t it?  As the people of God, we are called to serve, just as Christ Jesus came to serve.

A favorite quote of mine that has some people attribute to St Francis of Assisi is this: “Preach the gospel at all times. If necessary, use words.” Being the hands and feet of Jesus says so much without us even having to say anything!

We know that we can’t do it all, and I’m not saying Christ calls us to be superheroes to save the world.  But what we are called to do is reach out and help those in need….  Every single action we make is important.  Anything we do for the least of these, we do for Jesus.  It’s like a ripple effect.  Imagine throwing a pebble into a lake and watching the ripples spread.  That’s what happens when we reach out to people in need, when we preach the gospel without words. We’re held to a higher standard of accountability and we make a difference.

This scripture also gives us insight into the way Jesus sees people.  Unfortunately, there’s a tendency to sometimes look down on people who live differently than us. Enter in the “they” or “those people” comments.  Maybe their clothes aren’t as nice, maybe they live a lifestyle we think isn’t proper, maybe they do and say things we would never think of doing or saying.

It’s not easy to serve the least of these.  It’s hard, for example, to show love to someone who is homeless and maybe has a foul odor. Or go into someone’s home to help them when they don’t live in the cleanest way.  Or helping someone pay a utility bill when they reek of cigarette smoke or alcohol.

Instead of thinking that “they” should just get a job, clean up their home, think about their actions, pay for the things we see as more important, we are simply called to serve them.  To be the hands, feet and smile of Jesus Christ!

These are the people we are called to serve!  We aren’t called to hang out with people who are likeminded, look like us, smell like us, live like us.  That’s what the people on the left – the goats – do!  We are called to serve the least of these. It starts with us taking that single step and building relationships. Being in ministry with rather than just doing something to or for someone else.

I think too often we see the bigger picture – the big issues of poverty and need, of oppression, and of all the things that are the social norm – the big problems, and we are afraid to help because we just don’t know where to begin.  We think it’s a drop in the bucket to the bigger issue at hand.  We wonder what one person’s actions can do to really enforce change and make a difference.  Taking that initial step out will bring about change and it will make a difference because if we all start reaching out, the bigger, systemic issues can be changed. But it does start with a single step forward. A single step that you and I need to take.

When we consider the overall message the Bible and the words that Jesus spoke… we know we are called to reach out. We are called to make an impact in the community and world at large.  While financial assistance is important, it’s much more than that.  It’s about building relationships. We are called to do good work whenever we have an opportunity – to be of the sheep who feed the hungry, cloth the naked, take care of the sick. We are each called to get our hands dirty in ministry and serve!

A picture that I’ll never forget is one of a teenager’s hands.  She was serving at a mission center and her hands, with nice manicured fingernails, were caked with dirt and muck.  She had labored hard so that she could complete work for someone who needed it.

How often can we say our hands are figuratively caked with dirt and muck?  Or do we choose to simply pass by needs and not get into the mess of helping others?  Would we rather come up with simple solutions to the problems we see (without really understanding the bigger issues) or do we want to work for real change and make a lasting difference?