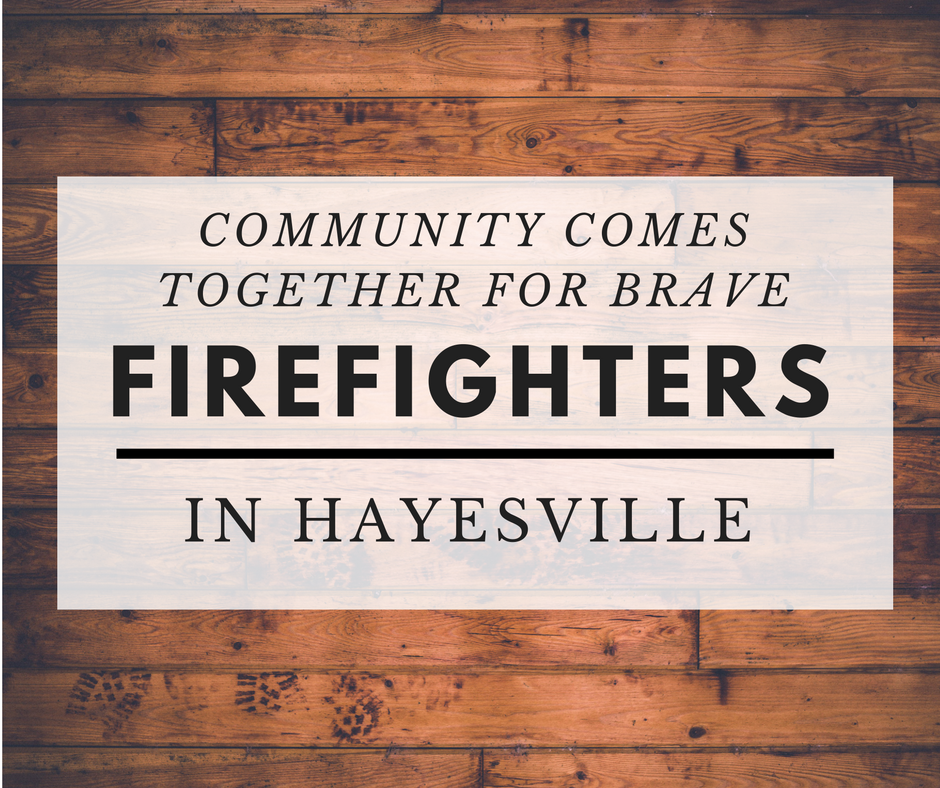 Community Comes Together for Brave Firefighters in Hayesville

HAYESVILLE, NC, NOVEMBER 13, 2016 – On November 6th, several crews of firefighters arrived in Hayesville to face the flames threatening homes and surrounding areas. The Forest Service arranged for crews to stay at Hinton Center, a Christian retreat and conference center in town. During this time of year, Hinton typically houses a few mission teams, retreat groups, and wedding parties. So, when the small staff realized the large number of brave men and women that would stay with them over the next few weeks, they immediately turned to volunteers for help.

Monday morning, CEO Jacqueline Gottlieb reached out to community groups and media asking for volunteers. The center needed about four per day, and hoped that they could get close to that number for the next two weeks that the firefighters were scheduled to stay.

Over the course of the following 48 hours, over 200 people contacted the staff at Hinton Center. Individuals, community groups, churches, and even retired firefighters extended willing hands and giving hearts in order to make the firefighters’ stay as smooth and enjoyable as possible. Hinton Center is being compensated for the firefighters’ meals and lodging, but the community more than anticipated that needs may go beyond that.

Donations of everything from water bottles to lip balm to eye drops have poured through Hinton’s doors over the past week. These items go into a “hospitality lounge” set up for the firefighters, where they can pick up these generous amenities as they need. This lounge has grown into the size of a small convenience store as groups and individuals have come together to bring countless loads of items. The generosity of this area is unreal.

Hinton isn’t the only entity overwhelmed by the community’s giving spirit. Firefighters from all over the United States have spoken out in awe time and time again since their arrival. So many have remarked that the selflessness of volunteers and overflowing donations in this area are unlike anything they’ve ever seen in their line of work.

Hinton has received an overwhelming amount of donations of snacks and amenities, and asks that those wishing to donate these hospitality items either do so to a local charity, the Wildland Firefighter Foundation, or even write thank-you notes to their courageous guests. As to those gracious enough wanting to volunteer, Hinton asks the same. Though all the current volunteer spots are full, thank-you notes for firefighters’ rooms and lunches send a message of motivation and hope.

The fires bring a unique tragedy to Clay and surrounding counties. Many lifetime residents haven’t witnessed such a fire emergency. More reports of backyard fires and emergency evacuations come in every day. But in this trying time, the community has proved its strength, hospitality, and altruistic nature without end.